New York crime wave with Sean Hayes, candidate, NYC Council District 1? The NYPD says it “continually deploys personnel to areas experiencing an uptick in violence” and uses “precision policing [to allow] investigators to build strong cases against those very few criminals who are the persistent drivers of violence.” Even with the March uptick, the first three months of 2021 have proven successful for the NYPD in turning back serious crime. Between Jan. 1 and March 31 of this year, the department recorded 19,551 total major index crimes, which is down 15.8% from the number tallied in the same period of 2020.

According to a report released by the Mayor’s Office of Criminal Justice in January, between 95% and 97% of the tens of thousands of New Yorkers who were arrested and charged with a crime in 2020 were not rearrested for another crime while awaiting their case. Of the group who were rearrested after being released without bail, less than 1% were charged with a violent felony. Of the roughly 9,000 New Yorkers awaiting trial on a violent felony charge in September of 2020, 96% were not rearrested on any charge, and 99% were not arrested for another violent felony, according to the report. These figures have remained steady before and after bail reform was passed. “There isn’t a viable, reliable connection between, these folks are being released pretrial, and these are the same folks who are going out picking up guns and committing shootings and other serious crimes,” said Krystal Rodriguez, the deputy director of jail reform at the Center for Court Innovation. If anything, New York’s judges increased the number of cases in which they set bail in the latter half of 2020, a rise that a Center for Court Innovation study attributes in part to “unsupported claims from public officials, amplified in the media, that bail reform was a primary factor in New York City’s spike in shootings and murders in 2020.”

We are in a major crime wave. Is this a sign of a movement back towards the Dark Days of the 80s and early 90s? The stats are telling. The following post considers the crime statistics, cause of the crime wave, dispels the myth of the increase in crime is caused by the pandemic and proposes simple, balanced and common-sense solutions. In 2017, the NY City Council passed legislation that moved to close Riker’s Island and to replace Riker’s Island with jails around the City. With one jail scheduled to be built in City Council District 1. The new proposed system shall, only house 1/2 of the present jailed population. Thus, the Mayor’s Office and City Council proposed additional alternatives to incarceration programs such as the Mayor de Blasio and the NY City Council commenced program to decrease the number of people in prison and implement a supervised release program. Many of those scheduled to be released shall be dangerous to the community. Find more info at Crime Reduction & Safe Streets Program New York 2021.

Detractors are Wrong, the Pandemic Did not Lead to the Increase in Crime: The argument that the pandemic caused the increase in crime is tragically flawed if we consider the matter logically and via statistics. The detractors note that poor economic conditions and a shift in routine activities led to the 2020 Crime Wave. The arguments are tragically flawed and are being used as a mere red herring by these detractors.

Sean Hayes a 47-year old NY Attorney; Head of an International Law Firm; former lawyer working in China, Korea & Southeast Asia; former Professor, CEO, Dean of a UN University and Journalist fears that our City shall turn to the Dark Days of the 80s and early 90s, because of reactionary and radicalized politics in New York and the lack of experience, pragmatism, and problem-solving skills of our politicians. Sean is running in the Democratic Primary for City Council in District 1. Sean’s step into politics, unlike many other candidates, is not for his personal gain. Sean shall lose a great deal for his firm if elected, but shall gain the blessing of knowing that he is giving back to a community that he loves and believes needs the help of experienced professional leaders. Discover extra information at https://www.seanhayes4nyc.com/. 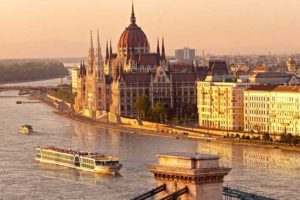