The Parable of the Wedding Feast? In Jewish society, the parents of the betrothed generally drew up the marriage contract. The bride and groom would meet, perhaps for the first time, when this contract was signed. The couple was considered married at this point, but they would separate until the actual time of the ceremony. The bride would remain with her parents, and the groom would leave to prepare their home. This could take quite a while. When the home was all was ready, the groom would return for his bride without notice. The marriage ceremony would then take place, and the wedding banquet would follow.

During the feast the king noticed a man “who was not wearing wedding clothes” (verse 11). When asked how he came to be there without the furnished attire, the man had no answer and was promptly ejected from the feast “outside, into the darkness, where there will be weeping and gnashing of teeth” (verses 12-13). Jesus then ends the parable with this statement: “For many are invited, but few are chosen” (verse 14).

Nothing is hidden from God. If you are maintaining a façade of righteousness, He knows. If you are trying to hold onto the world and maintain your salvation, it won’t work. You cannot serve two masters (Matthew 6:24). Accept God’s free gift of salvation today. “Then the king told the attendants, ‘Tie him hand and foot, and throw him outside into the darkness, where there will be weeping and gnashing of teeth.’” “The wages of sin is death,” the Bible warns (Romans 6:23). Nothing will save us except the blood of Jesus.

The king is God the Father, and the son who is being honored at the banquet is Jesus Christ, who “came to that which was his own, but his own did not receive him” (John 1:11). Israel held the invitation to the kingdom, but when the time actually came for the kingdom to appear (see Matthew 3:1), they refused to believe it. Many prophets, including John the Baptist, had been murdered (Matthew 14:10). The king’s reprisal against the murderers can be interpreted as a prophecy of Jerusalem’s destruction in A.D. 70 at the hands of the Romans (cf. Luke 21:5). More broadly, the king’s vengeance speaks of the desolation mentioned in the book of Revelation. God is patient, but He will not tolerate wickedness forever (Obadiah 1:15). His judgment will come upon those who reject His offer of salvation. Considering what that salvation cost Jesus, is not this judgment well deserved (see Hebrews 10:29-31)?

Note that it is not because the invited guests could not come to the wedding feast, but that they would not come (see Luke 13:34). Everyone had an excuse. How tragic, and how indicative of human nature, to be offered the blessings of God and to refuse them because of the draw of mundane things!

The wedding invitation is extended to anyone and everyone, total strangers, both good and bad. This refers to the gospel being taken to the Gentiles. This portion of the parable is a foreshadowing of the Jews’ rejection of the gospel in Acts 13. Paul and Barnabas were in Pisidian Antioch, where the Jewish leaders strongly opposed them. The apostle’s words echo the king’s estimation that those invited to the wedding “did not deserve to come”: “We had to speak the word of God to you first. Since you reject it and do not consider yourselves worthy of eternal life, we now turn to the Gentiles” (Acts 13:46). The gospel message, Jesus taught, would be made available to everyone.

For his crime against the king, the improperly attired guest is thrown out into the darkness. For their crimes against God, there will be many who will be consigned to “outer darkness”—existence without God for eternity. Christ concludes the parable with the sad fact that “many are invited, but few are chosen.” In other words, many people hear the call of God, but only a few heed it.

“Then he sent some more servants and said, ‘Tell those who have been invited that I have prepared my dinner: “My oxen and fattened cattle have been butchered, and everything is ready. Come to the wedding banquet.”’” Although rejected, God continued to woo His people. He warned and disciplined them. Still, they refused to repent. God would not give up on them. “But they paid no attention and went off — one to his field, another to his business. The rest seized his servants, mistreated them and killed them. The king was enraged. He sent his army and destroyed those murderers and burned their city.”

To summarize the point of the Parable of the Wedding Feast, God sent His Son into the world, and the very people who should have celebrated His coming rejected Him, bringing judgment upon themselves. As a result, the kingdom of heaven was opened up to anyone who will set aside his own righteousness and by faith accept the righteousness God provides in Christ. Those who spurn the gift of salvation and cling instead to their own “good” works will spend eternity in hell. The self-righteous Pharisees who heard this parable did not miss Jesus’ point. In the very next verse, “the Pharisees went out and laid plans to trap him in his words” (Matthew 22:15). The Parable of the Wedding Feast is also a warning to us, to make sure we are relying on God’s provision of salvation, not on our own good works or religious service. Discover additional information with the The Parable of the Wedding Feast video on YouTube.

Just as the king provided wedding garments for his guests, God provides salvation for mankind. Our wedding garment is the righteousness of Christ, and unless we have it, we will miss the wedding feast. When the religions of the world are stripped down to their basic tenets, we either find man working his way toward God, or we find the cross of Christ. The cross is the only way to salvation (John 14:6). 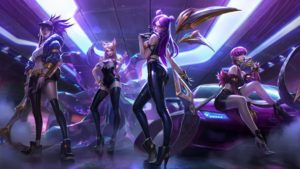 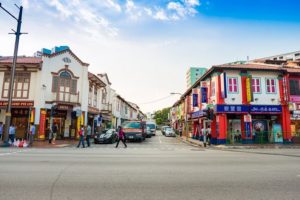