The election year of 2020 is uncharted territory for presidential conventions. Usually, the conventions of the Democrats and Republicans are the pillars of the campaign, in which the candidates unveil their main programs to citizens, many of whom do not follow politics closely. Also the running mates are introduced, changing the identity of the race. And the conventions give a chance for activists to unify after divisive primaries. According to political strategist George Ajjan, “Trump’s cancelling of the GOP convention is a setback, as it would have shown a stark contrast with Biden: boldness versus cowardice. At the same time, the subdued, compassionate tone with which he announced his decision to cancel in light of COVID-19 pressures comes from a playbook he should consult more often.”

Republican donors are none too happy about the change. Nearly $40 million was raised by the party’s host committee – an elite set of donors keen to hobnob with key political figures in the party at the convention itself – has been mostly spent. That was because the convention was initially scheduled to take place in Charlotte, North Carolina.

But Trump took the decision to move the convention to Jacksonville, Florida because he felt that North Carolina was demanding too many social distancing restrictions. Trump wanted a convention that looked like a normal one, so that he could show the American people a resilient approach facing the pandemic.

When he moved to festivities to Jacksonville, Florida seemed like a much better choice: a friendly Governor and a state that was untouched by the pandemic. That changed rather quickly over the past month. GOP Chairwoman Ronna McDaniel tweeted that the president’s “number one priority in this decision was the safety of the people of Jacksonville, the convention attendees, and all of the American people.”

Another host committee in that city raised another $6 million, most of which seem not to have been spent. Those donors will be keen to see their money spent on specific projects, as big money contributors typically like to earmark their funds for particular political purposes. Hundreds of delegates to the convention may also be irritated at having to alter travel plans, and potentially lose money on bookings already made for the trip.

The debacle of Trump’s Tulsa, Oklahoma rally weighs heavily on his mind, as well as those of his team. The crowd in Tulsa was small but nonetheless seemed to contribute to spreading the novel coronavirus. This further undermined his standing in the eyes of the American people. Current polls show Trump trailing Biden by 12 points, and even more when it comes to who can best manage the pandemic.

After all, this year’s conventions will not be as determining a factor as they had been in previous election cycles. Neither candidate will benefit from the traditional “convention bounce” in polling. It’s more likely that the debates will gain more importance as the American people choose between Trump and Biden in the lead-up to November. 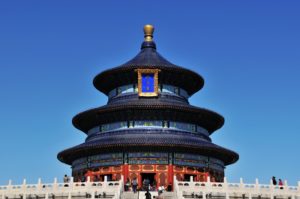