Mocienne Petit Jackson’s (Michael Jackson’s daughter) books are now available in Portuguese! Part two of the three-part autobiography of Mocienne Petit Jackson starts with an extended description of the kidnapping of Mocienne and her life in The Netherlands. Subsequently we read how her life turned out with her adoptive family – where she and her cousin Delivrance stayed. Gradually she discovers that her real father is Michael Jackson. At the age of 15 she left her adoptive family, lived at a boarding school for 4 years and then got a place of her own. We follow her throughout the time when she passed through her teenage years and entered maturity – which was not always easy. Mocienne meets a man who she has a child with. However, this commitment was not to be.

Ms Jackson believes that such misinformation has poorly informed the public both about her relationship to Michael Jackson, and about her motives for having taken the matter to court. Her autobiographical series, Thriller, documents her life and gives her assessment on the state of affairs. Additionally, due to the fact that her aunt Diana Ross has declined to provide the press with comment regarding Michael Jackson since his death, Ms Jackson believes that crucial insights about the story are being concealed from the public. As a result of this, Ms Jackson was prompted to write the second instalment of her three-part autobiographical series, Thriller: The Dark side of the Netherlands, which focuses on her life in the Netherlands as well as the context surrounding the court case.

In this, the first of a three-part autobiography by Mocienne Petit Jackson, we meet the main character Mocienne. We read about her wonderful adventures from the age of six until the age of nine.She lived with her father – Michael Jackson! – in California. As he was not at home very often she was always in the company of a nanny. However, one nanny was continuously being replaced by the next. Mocienne was also often sick.Her father made an important decision and moved her to Haiti to go and live with an aunt -he wanted her to be part of a family. In time, she realised that her father was not like other fathers and that he was not who he claimed to be: a policeman. He would often visit her on Haiti when he was not busy with a performance.Her life on Haiti was not what she expected – a normal family life. She came into contact with some very kind people but also with others who were not so kind. She experienced many things which were not meant for a child of that age. We relive those experiences with her as she describes them through the eyes of a young and vulnerable little girl.After moving to Port-au-Prince, her life changes dramatically. Not long after that it became a complete nightmare.

Ms Jackson also claims that her father had a tendency to exhibit unusual behaviour which she believes may have arisen from the knowledge that he had kept his daughter in secret since the age of seventeen years. Michael Jackson allegedly did not discuss the topic openly because it was difficult and frightening for him to come to terms with. At present, Ms Jackson is seeking to make a name for herself as her own individual. Thriller, for example, offers unique insights on her life by including stories concerning unusual and difficult situations that she experienced while living in the Netherlands. She argues extensively, for instance, that the harshness of the Dutch political system has had a significant impact on her character, and that by writing about it she can express a sense of frankness.

For our portuguese speaking guests : 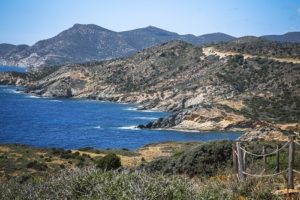