The rise of an event organizer mastermind : Mabelle Prior

Mabelle Prior says as a social-cultural critique (a.k.a. agent provocateur), she had to put her strong opinions in a handbook that documents some of her thoughts about the idiosyncrasies of Africans. The lives and lies we live. The vagaries of their unique poverty that stretches into billions of dollars. Their worn habits dying for an updated version. She mirrors their fears. She dissects their hypocrisies. She pokes at their beliefs that care for them so much they rid them of every possibility to be exceptional.

We asked Mabelle Prior a few questions, like How did you get into what you do right now? Please tell us more about your journey? I applied for the job when there was a vacancy, and I was selected. So I started working at the Volta Regional branch of Ghana Broadcasting Corporation – GBC Volta Star Radio in the early 90ies. I later left for Switzerland, where I worked at Radio Canal3, I later left them to create my own organization – Switzerland Most Beautiful.

Mabelle Prior (born March 17, 1976) is a Swiss Ghanaian/Togolese origin. Former broadcast journalist and producer of Women and children’s programme back in the 1990s on Ghana Broadcasting Corporation. She is popularly known as ‘Ghana’s Radio Queen’ in those days.

What inspires you? Apart from my family, my amazing sisters Serwah, Dorcas, Shine, and their family, who are amazing people with beautiful hearts. They love helping people. Too many people are suffering in the world because of hunger, sickness, and poverty, While others have everything and living extremely grand lives. There are enough resources to give a healthy living for everyone on earth. It shocks me that there is still so much suffering on earth. So yes, no other person inspires me apart from my family and myself. 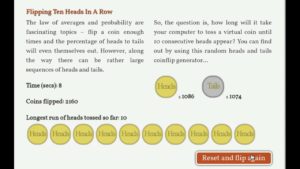